Electrical grid infrastructure as we know it has barely existed for over 100 years, however, the electric sector rapidly grew in this last century. The traditional power grid is designed to operate in one direction, with the electricity flowing from the industrial generator towards the consumers.

By relying upon technology and the internet of things, traditional grids are slowly shifting into smart grids, opening the way to concepts like prosumers. If you are interested in knowing what are prosumers, how they benefit the electrical grid and themselves, what they mean for Europe, and why are governments promoting their existence, then this article is what you are looking for.

The “European Green Deal” was presented for the first time in December 2019 by Ursula Von der Leyen, President of the European Commission. It aims to make Europe “the first climate-neutral continent by 2050, boosting the economy, improving people’s health and quality of life, caring for nature, and leaving no one behind“.

Prosumers are customers who not only consume electrical power, but also generate it. However, this is not everything. Encasing prosumers into such a simple concept is oversimplifying it.

A prosumer is an inevitable step in the evolution of electricity customers living in countries with decentralized power generation. The prosumers can generate electrical power, store it to increase the flexibility of the grid, adhere to demand-side management (DSM), and enjoy many other benefits.

Considering all of this, it is understandable that prosumers are also called active energy customers. While regular customers only consume power and pay for it, prosumers generate power to supply part of their load, store energy for self-consumption or DSM programs, and are proactive with the electrical grid in energy tradings.

What are some of the benefits of becoming a prosumer?

There are many benefits to becoming a prosumer. Each country has set different incentives, benefiting prosumers who become more proactive with the grid, helping the grid increase its flexibility, and much more.

Why do some governments promote the expansion of prosumers?

Most governments in developed countries attempt to solve the limitations of traditional grids and global warming, by establishing energy goals to be achieved at a future date. For instance, the U.S. Government aims to energize 80% of the country with clean energy by 2030, while the European Commission set a similar goal, targeting to power 55% of the EU with clean energy by 2030.

The best way for governments to achieve these goals is by incentivizing energy consumers to install renewable generation systems. However, over-expanding renewable energies, especially PV systems, without including storage systems, can cause problems for the grid, like the solar duck curve. Instead of causing this, prosumers install generation and storage systems, helping the grid instead of destabilizing it.

To avoid overgrowing renewable technologies and increase storage system installations, some countries are considering shortening incentives for PV only technologies and promoting instead a combination with home energy storage systems. By doing this, residential customers becoming prosumers can achieve partial or complete self-consumption, avoiding stress imposed on the electrical grid.

European Commission is targeting to power 55% of the EU with clean energy by 2030.

To truly understand the impact and current status of prosumers all over Europe, it is only necessary to take a look at how different countries are approaching this. For instance, let us look at the case study for Denmark, Germany, Ireland and Lithuania.

Denmark is an interesting study case since the Danish government is removing financial incentives for households and focusing on utility-scale PV installations, however, this is still the European country with the highest increase in prosumers. There is a simple reason for this: high prices for electricity and taxes.

A Danish incentive closed new entries but is still active until 2032, exempting customers from paying taxes for their generated power. New PV installers, instead, have to settle for being exempt only for the energy that they consume. Because of this and the high cost of electricity, Danish citizens are becoming prosumers, looking to achieve solar self-consumption.

By using smart metering devices, Denmark can easily apply time-of-use tariffs, making it even more convenient for citizens to become prosumers. EV owners also benefit as prosumers, by hiring services from companies that offer reduced energy prices in exchange for pooling these vehicles as a available energy storage resources to provide ancillary services and flexibility to the grid. In return, these prosumers can charge their vehicles without paying taxes for that power.

Germany could easily be one of the European countries with the most prosumers per capita. This country has a rounding the 5.3 GW of PV installed in 2021, and total of 59GW, from which 66% of it is divided among households, industrial sites, and commercial installations. The installation of residential batteries is also increasing, providing more flexibility for the grid. Currently, there are more than 200,000 residential battery installations.

There are several financial incentives in place to promote prosumers in Germany. Some interesting ones are the feed-in tariffs for renewable technologies, financial subsidies and tax exemptions for EV owners, and subsidies for the installation of home battery storage systems. Prosumers achieving solar self-consumption can avoid incurring high network fees when using the DSO-Grid.

While the existence of prosumers is promoted in Germany, their contribution to the electrical grid is highly limited. This country does not have in place Time-of-use (TOU) tariffs or DSM programs to make the energy market more flexible. Considering this, the benefit for prosumers in Germany include avoiding network usage tariffs and the high cost of electricity.

Prosumers can also inject excess generated power to the grid under the feed-in tariff scheme, but only new installers. PV systems installed over 20 years ago, do no longer receive this subsidy, which is why owners of old solar systems are looking to install retrofitted batteries. 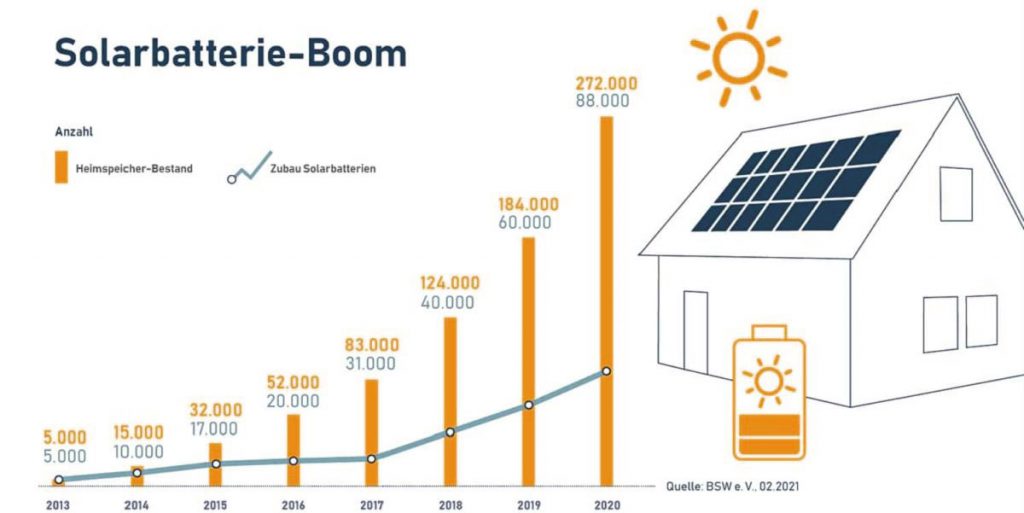 Ireland is a country brimming with opportunities for prosumers. The benefits this country provides, include financial subsidies, feed-in tariffs, and participation in the energy market, but the incentives extend even further for commercial and industrial prosumers.

Current Irish legislations promote the adoption of EVs and small-scale renewable systems, including wind and PV systems. Ireland is also encouraging installing battery storage systems, but they are focusing this incentive mainly on energy customers with PV systems installed.

Lithuania has ambitious plans that 50% of the Lithuanian energy consumers would become prosumers by 2050. To reach this goal, at the end of 2019 important changes in net-metering legislation took place in Lithuania. Now the flexibility of acquiring solar power plant and renewable energy has become so flexible in Lithuania, that almost anyone is capable of becoming a prosumer. What Lithuania offer for prosumers in 2022:

The biggest electricity producer of Lithuania UAB “Ignitis” created a Web platform saulesparkai.lt for the acquisition of a remote PV plant or a part of it. Households are able to contract and pay for the part of the PV power plant in this platform. The process is easy as getting a movie ticket. This platform started as an experiment but was welcomed by the Lithuanians with huge success. After launch, 300 applications were received during the first 2 days. And more than 6000 – during the first month. Currently, the demand for such service is so high, that all the remote solar plants are sold out.

Flexibility of net-metering mentioned above opens possibilities for households to use solar electricity for the production of heat and hot water which becomes economically attractive when using aerothermal and geothermal heat pumps: prosumer can produce electricity in summertime and very effectively use it for the heating in wintertime.

EU Green deal ideas invite citizens to be guardians of the environment by active usage of renewable energy. One of most attractive means is consuming of energy which is produced by ourselves and becoming of producing consumer – prosumer. In that case when solar energy is produced on the roof and at the same time consumed at the household in addition to facilities to storage surplus open wide possibilities to save costs and to become independent from energy market uncertainty for many years.  With the help from governments in the EU, participation in the green movement is also attractive and essential as the population’s mindset shifts to a more sustainable way of life.